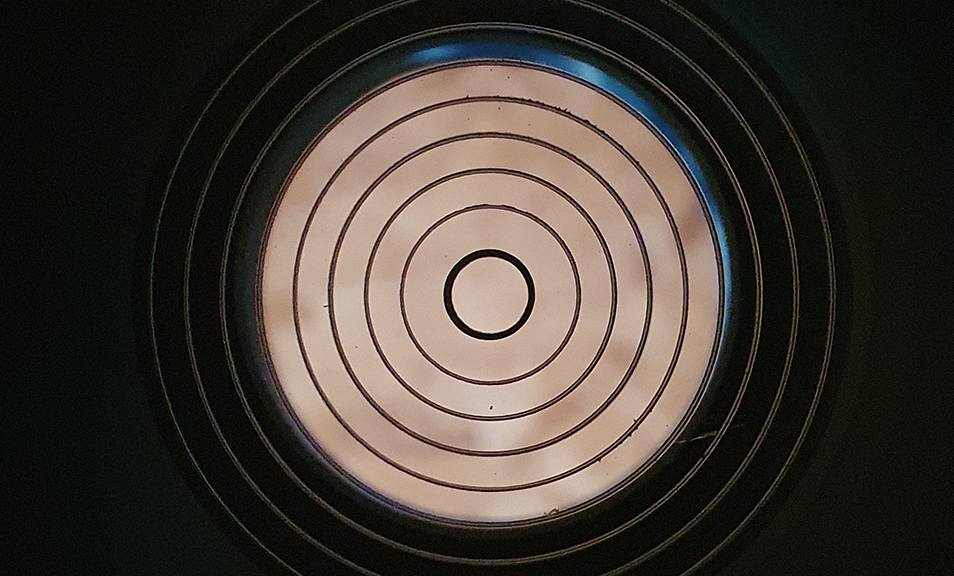 If like me you own some sort of reflector telescope, whether this be a Newtonian, Dobsonian, Ritchey Chretien or as I have a Hyperboloid Astrograph then you’ll know that there is a very strong importance on collimation, the faster the optics the more critical collimation becomes, especially for imaging. After recently removing the rear mirror assembly for cleaning, as well as changing from the QHY183M to the QHY268C-PH amongst onther stuff in the imaging train, I wanted to share my experience and knowledge around collimation. Let’s start off with the details on what I use

Part 1 – Aligning the Secondary Mirror with the Focuser

Now on my SharpStar 15028HNT, they recommend you unscrew and remove the corrector from the focuser, however I have found no dofference in collimation with or without the corrector in place and because it is part of the optical train I’d rather include it in the collimation, so the first step for me since my primary mirror was currently removed was to check the secondary alignment with the focuser, as well as the rotation of the secondary in relation to the focuser, in order to do this, I use the Teleskop-Service Concenter eyepiece, the eyepiece itself has a set of rings engraved into the plastic apperture like so

This serves well to get the rotation and alignment of the secondary with the focuser by ensuring that the mirror appears as a perfect circle between the rings, now you can adjust your focuser position in order to get the edge of the mirror to appear on the lines, this is what the view looks like through the concenter eyepiece:

The blue at the top right of the image is a piece of card I stuck behind the secondary in order to show the edge of the mirror better.

As you can see my secondary mirror is pretty much perfectly aligned with the focuser and square with the focuser also, if your mirror shows up as more eliptical, this means the mirror needs to be rotated, if the mirror does not fit in within the circle itself, for example if it is over to the left or right, you will need to move the mirror forward or backwards by means of loosening or tightening the central screw that holds the secondary.

You can see from the following image, I have a central screw which is used for moving the mirror up or down the tube away from or closer to the primary, as well as rotation of the mirror, but then there is also the three collimation screws that are used to adjust the mirror direction itself which we will talk about in the next section

Now that we have our secondary mirror lined up and square with the focuser, the next step is to align the secondary with the primary, now for this I will use my FarPoint Astro Laser collimator, which itself has recently been collimated by FarPoint Astro, now you can re-use use the 2″ extension tube and place the laser into the tube, but for the SharpStar I will use the M48 to 1.25″ lockable adapter like so:

Now the point of this part is to ensure that the laser hits the centre spot of the primary mirror, if it does not, then this is where you would adjust one or more of the three screws on the secondary, as you undo one, you should tighten the other two, as you can see from this image, I need not make any adjustments as the laser hits the centre of the primary perfectly:

Now since I do not have to make any further adjustments to the secondary mirror, it is time to focus on the primary mirror, the trick here is to get the laser beam to return to the point of origin, here’s an example of the primary not being correctly aligned:

You can clearly see the red dot to the top left of the laser apperture, this means that the primary needs some adjustment by means of the three collimation screws which are situated on the rear of the primary mirror assembly:

Most telescopes have a push – pull method here, turning anti-clockwise will push the mirror further up the tube, whereas turning clockwise will pull the mirror towards the bottom of the tube, it is very important not to keep turning anti-clockwise because this could result in the screws becoming disconnected from the primary mirror. After an adjustment on a couple of the collimation screws, my primary is now aligned properly as the laser beam returns into the laser apperture:

Once the laser collimation has been completed, it is easy to verify this with the FarPoint Auto-Collimator, the eyepiece has a mirror inside which allows you to see where the centre spot of the mirror is and will form a slightly pale dot in the middle, if the dot appears in the middle then you have your collimation pretty much spot on after following the above, maybe a very slight adjustment on the primary collmation screws is all that is required, you can see here what the view looks like:

It is also normal on faster telescopes to see the mirror appearing offset as opposed to central to the OTA itself. Once completed, I would typically then perform a star field test and I prefer to use the Multi Star Collimation in CCD Inspector for this, you can of course use the de-focused star method.

I hope you found this useful, I just thought I would share my process in performing collmation to help others who may be on that journey also.