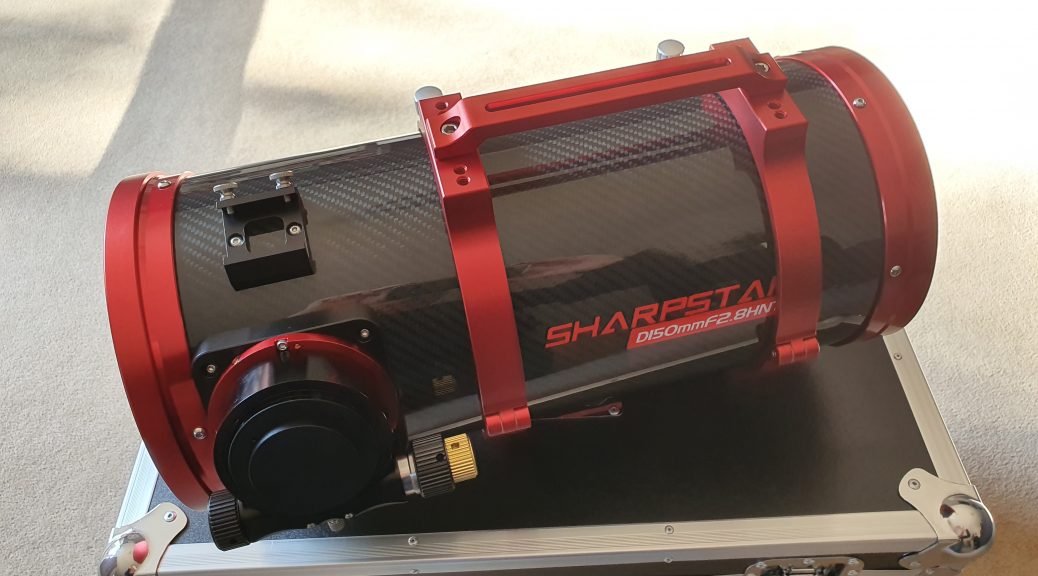 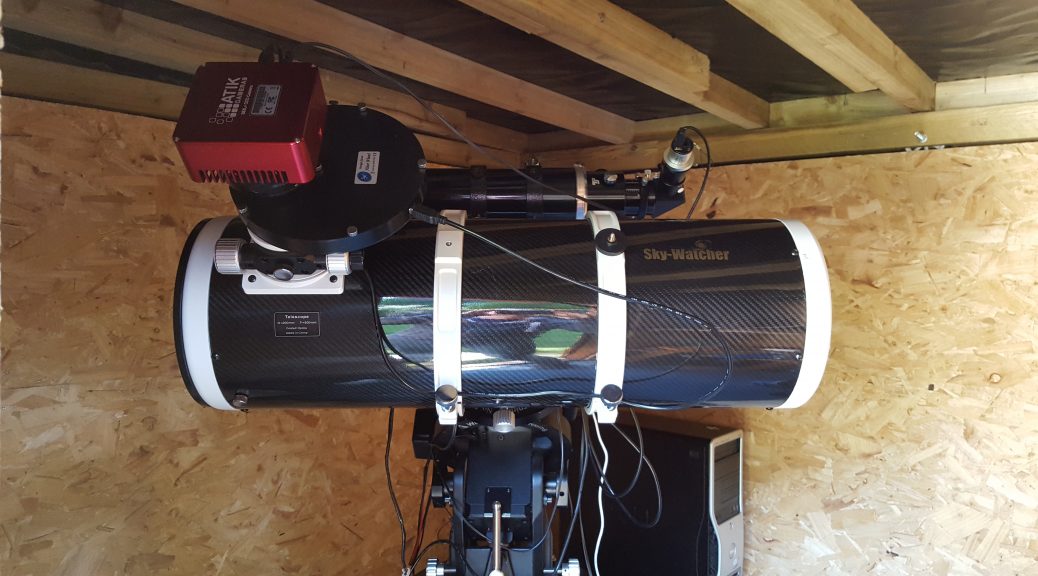 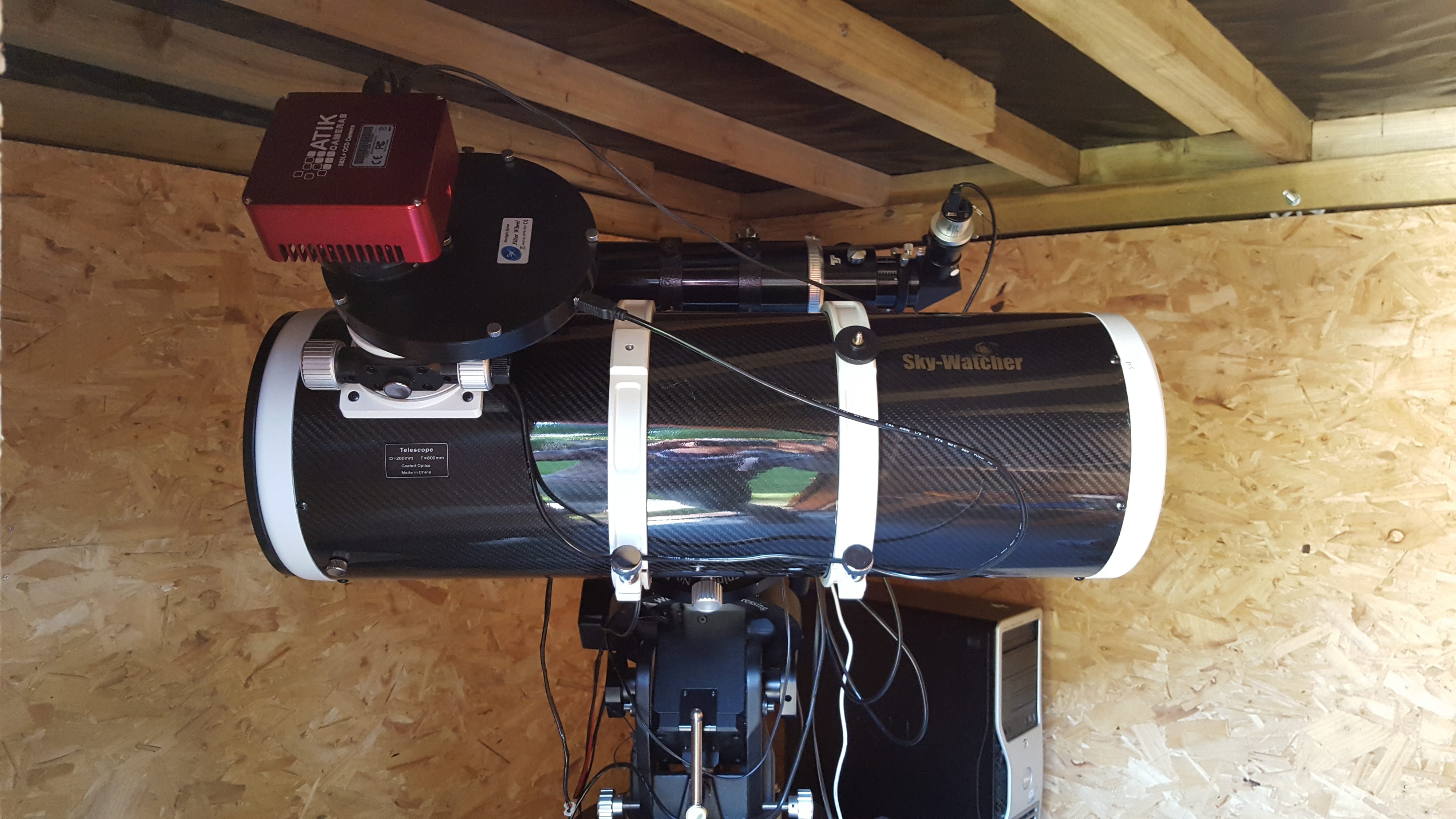 When I received my telescope and optically matched Aplanatic Coma Corrector, I was impressed with the build quality of the scope itself, internal baffles to boost contrast as well as eliminate stray light, and the focuser is pretty sturdy for a stock focuser, and quite easily handles the weight of my CCD and Filterwheel.  I mounted the telescope next to my Guide scope on my Skywatcher EQ8, I wish they had provided a Losmandy plate with the telescope, but the Vixen style bar still worked out well.  After balancing the scopes on the mount I was ready to check the collimation, for this I used my Farpoint Collimation Kit, firstly the laser to ensure it hits the centre spot of the primary, and the laser return reached the centre point of the laser collimator itself, the adjustments required were very minor.  After this I verified the collimation with the Farpoint Cheshire and it verified that the collimation was correct, only thing left to do was a star test, for this I used a 10mm Eyepiece and a fairly bright defocused star, the star was spot on, I could see all the concentric rings.  I then proceeded to perform the same star test with the CCD and the Aplanatic Corrector to verify, which of course it did. 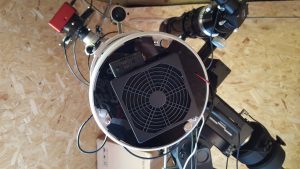 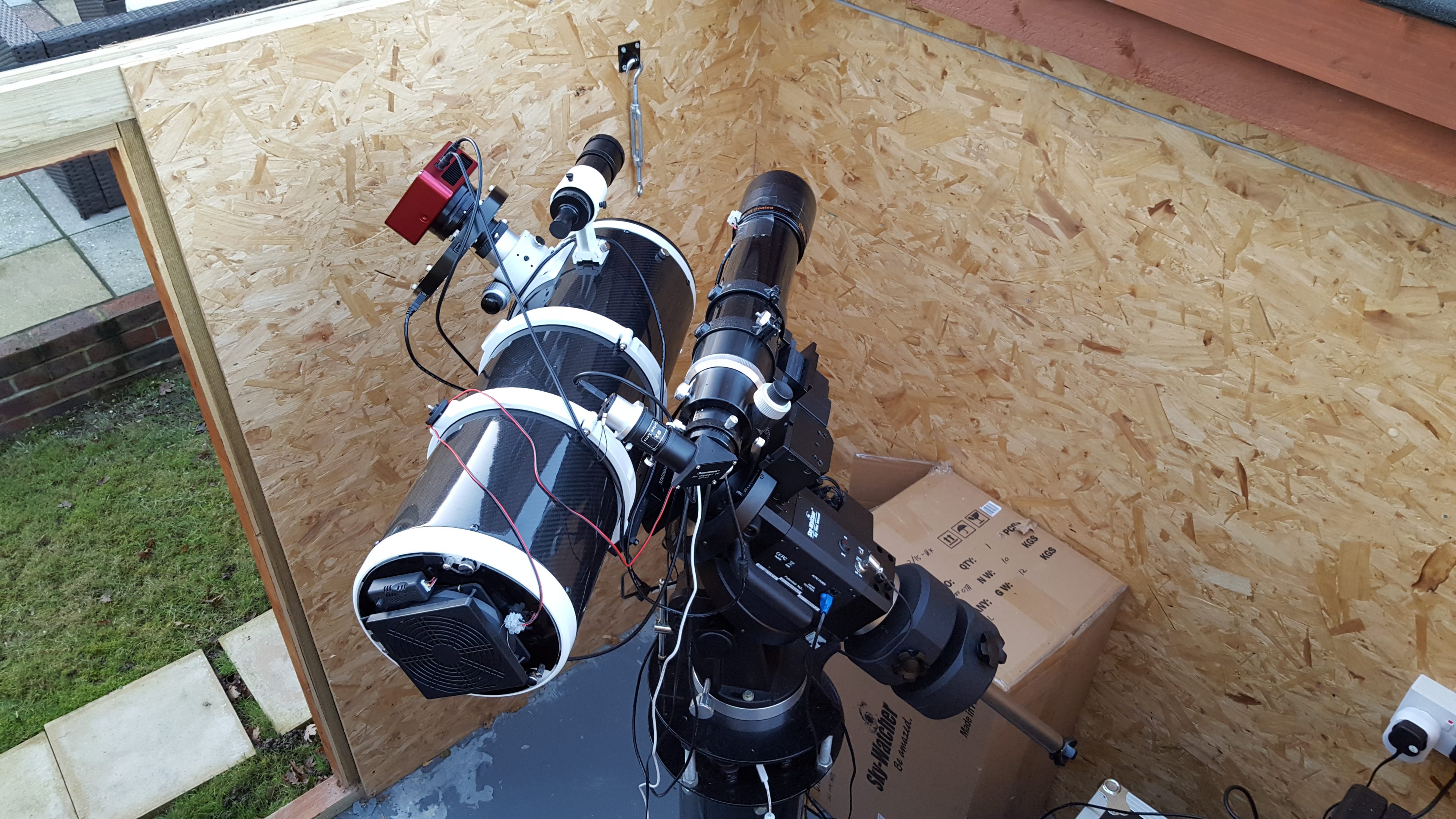